I’ve been saying this for quite some time now; the fashion industry is going back in time to reinvent looks of the past and to create what we will some day consider the staples of the 2010s. It’s as if the 2010s do not actually have their own identity. Rather, the decade is a cluster of all of the identities that came before it.

Though, on ciarralorren, I’ve placed a major emphasis on the recent wave of 1990s fashion resurfacing in the streets and in stores, there has been an overwhelmingly successful influence of the 1970s style within the fashion industry.

We’ve all witnessed the effect, as top designers like Michael Kors and Prada sent 1970s-inspired styles down their Spring/Summer 2017 Collections last fall.

However, I never quite noticed the influence in stores and on consumers until yesterday, after walking into Madewell and feeling as though I just stepped foot into the wardrobe of the “That ’70s Show” set (maybe a bit of an exaggeration, but still!).

Of course, there were the classic, minimal yet chic “Madewell” pieces laid out for customers to grab, but within the mix were a large portion of what appeared to be vintage pieces. 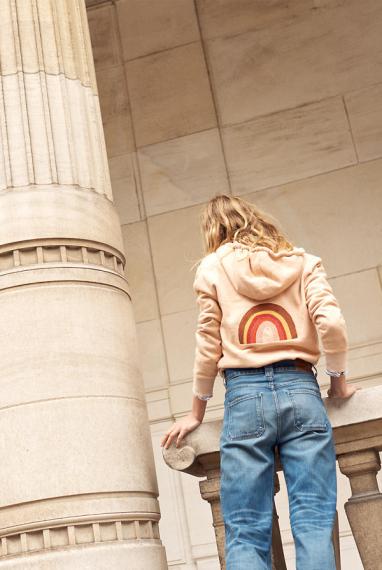 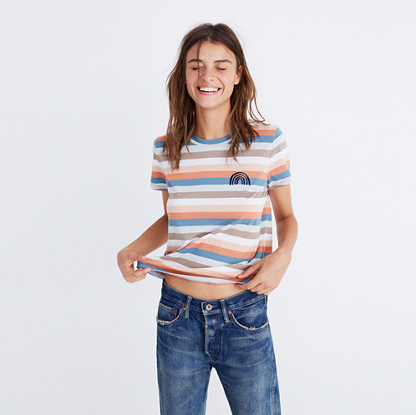 I must admit, I am not the biggest fan of 1970s fashion, so for me, not one piece shouted my name. This might be the first trend on ciarralorren, that I wish would just remain in the past! I do however, like the graphic tees of written quotes in bubble-like typefaces and the embroidered denim!!

But, what do you think!?! Do you love the return of the 1970s or do you think we should stick to more futuristic designs??

7 thoughts on “BETTER NOW/BETTER THEN?!?”