New York Fashion Week never happened if at least one photo failed to be posted on Instagram, right?

At least that’s the ideology stuck in the minds of most of today’s fashion lovers lining the runways.

After an hour spent patiently waiting to be seated, intently staring at the crowd of photographers setting up at the end of the runway and attempting to squeeze between the two narrow place slots where my seat was located, the moment finally arrived. The lights dimmed, the music began to play, and within seconds, the opening look of Francesca Liberatore’s Autumn/Winter 2016 Collection came strutting down the crisp, white runway. Excited to be seated in the second row of my very first fashion show, I leaned forward as my eyes attempted to follow the design swiftly walking toward me.

However, something did not feel right.

Rather than feeling as if I was actually sitting in the second row of my very first fashion show, I felt as though I was watching the show live, in my home, streaming on my computer screen.

Perhaps, this was a result of the abundance of cell phones held high, blocking my view, which forced me to admire the collection through the very screens of the show’s spectators. My eyes constantly shifted from the models to the screens then back to the models and once again, back to the screens where New York Fashion Week goers took snapshots and short video clips of each look on several apps, in the hopes of sharing them over the vast world of social media.

However, this phenomena cannot solely be attached to the Italian native’s presentation. The social media invasion essentially took over every single runway it possibly could, which lead to 427,000 images shared on Instagram and over 3 million total engagements across social networking platforms including Facebook, Google+, Instagram, Tumblr, Twitter and Youtube.

This is fashion journalism in the 21st century.

“I do remember a time, as shocking as it may be, when it was unheard of for people to take pictures from the audience,” Noble Peace Prize winning fashion critic and correspondent of The Washington Post, Robin Givhan said. “Now, I question ‘Is there anybody actually watching the shows directly as opposed to through the lens of a camera?'”

Highly determined by the technological innovations that have transformed society’s expectations of news coverage as well as the influence of the rise of the “celebrity” and “blogger” on the industry, fashion journalism has fallen victim to the fast-paced nature of multi-platform reporting.

So, how did fashion journalism develop into the social media frenzy that it is today?

According to Elizabeth Wellington, fashion writer for The Philadelphia Inquirer, journalism is constantly emerging and changing given the fluctuating nature of the fashion industry. This becomes quite clear through its history, as the first form of fashion journalists derive from biblical figures who encouraged people to dress modestly in their current life in order to be well-suited for their next life.

“In the late 1800s and into the 1900s, fashion journalism began to focus more on societal writing,” Wellington said. “There was a great shift toward what was happening trend wise.”

At the turn of the century, the media company, Condé Nast, was at the forefront of the shift as its founder changed the focus of leading magazine, Vogue, from a social magazine about women in society to a fashion magazine dedicated to women’s fashion in 1909.

With the innovative technology developing at the time, Nast also introduced photography of society women and fashion into the pages of the magazine that was solely dedicated to illustrations prior.

According to the documentary, “In Vogue: The Editor’s Eye” this alteration led to an era in which for Vogue, fashion journalism was defined by the photo stories developed by a long-line of fashion editors who produced iconic images that were not only fashionable, but were rather a report on the world at large.

“Fashion to me is a reflection of culture. It’s not just about whether everyone is wearing a trench coat,” contributing editor at Vogue, Camilla Nickerson said in the documentary. “A fashion editor tries, I suppose, to sense what is going on in the world.”

Nickerson admits that one of her favorite photo shoots as contributing fashion editor at Vogue was one that featured Kate Moss and focused on the idea of surveillance at a time in which there were more cameras going up on streets and even more cameras in shops. Shooting from a building across from Condé Nast, looking in from one building into another, photographer Nick Knight attempted to capture the “perfect” Vogue girl caught unaware, under surveillance to capture the reality at the time. 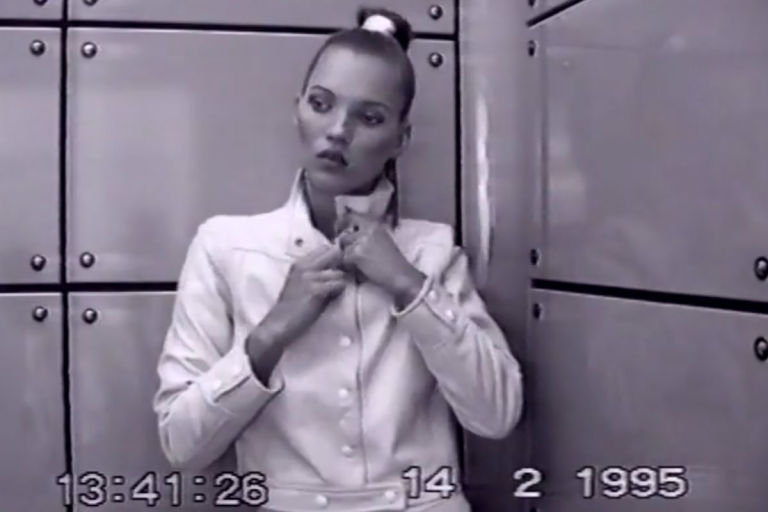 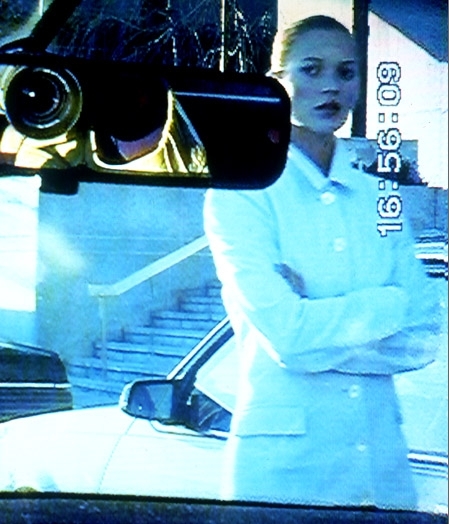 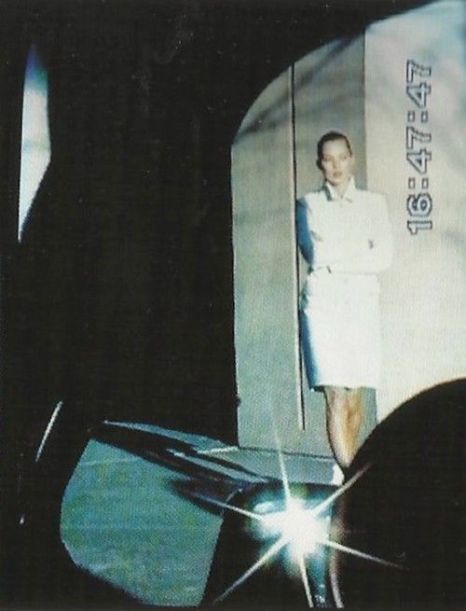 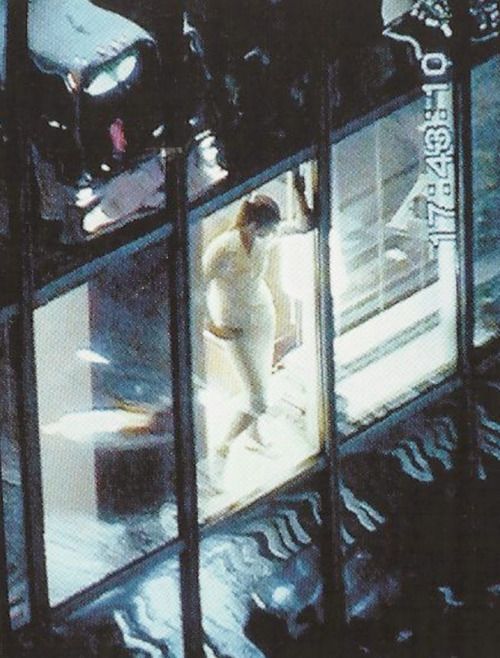 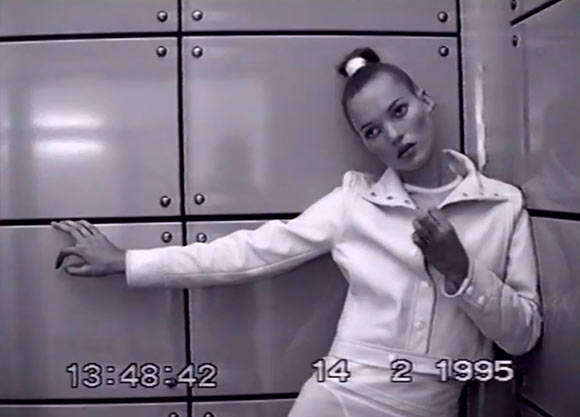 “Your memory of fashion really is an editor’s vision of fashion through a captured image,” Andrew Bolton said in “In Vogue: The Editor’s Eye”.

With such a surge in fashion photography, came the rise of the supermodel; a rise that transformed the way in which fashion was reported and presented to society.

In the documentary, model Linda Evangelista remembers the rat pack moment of supermodels stealing the fashion limelight at a time in which it was essential for the magazine to have that superstar image attached to their front cover as traditional celebrities, like actresses, wanted their art to be taken more seriously and therefore, refused to embrace fashion or pose for Vogue.

Thus, the recurring models such as Cindy Crawford, Christy Turlington, Linda Evangelista, and Naomi Campbell, who filled both the covers of the renowned magazine as well as the pages within, became the superstars Vogue desired.

Editor-in-chief of Vogue, Anna Wintour, attributes the beginning of the “model turned celebrity movement” to the iconic shot captured by Peter Lindbergh, under the direction of French fashion editor, Carlyne Cerf De Dudzeele, which featured six of the decade’s top models effortlessly posing together in white button-down shirts on a beach in Los Angeles.

“What I loved about that picture was that it just had so much joy in it,” Anna Wintour reflected in the documentary. “Looking back, you saw that picture as a key moment when you looked at them not because of what they were wearing, but because of who they were.”

With the rising popularity the supermodels represented, they pushed fashion into a new realm in which it became the discussion of gossip columns, entertainment news as well as an image of the “celebrity” world as it continues to be today.

However, today, models are no longer the sole image of the “celebrity” in fashion as traditional celebrities are embracing any opportunity they can to hijack the industry, according to Teri Agins, fashion reporter of The Wall Street Journal.

In her book, “Hijacking the Runway”, Agins discusses the influence of the celebrity on the fashion industry as Hollywood stars have risen to become a determining force in fashion by having the ability to seduce the masses into buying designer clothing through their advertisements as spokesmodels for certain brands. Above all, celebrities are changing the very nature of the industry by becoming the face of their own fashion brand, further blurring the lines between the designer and the endorser.

“Because every single story is a business story, this is a game changer in fashion journalism,” Agins said. “Celebrities are becoming the story, as they can now sell something more than designers.”

According to Agins, the rise of the Internet and social media technologies have only excelerated and encouraged this monetization of fame by allowing anyone with a social media footprint to essentially become a celebrity or personality that possesses a large sum of influence over today’s society.

With the growing presence of social media in the fashion world through the abundance of photos, videos and insider information published to thousands of followers, multiple times a day, designers and brands now have the ability to bypass the journalists to directly communicate with their consumers. Quickly fading are the days in which journalists served as the sole gatekeepers to the very exclusive fashion industry.

The impact of technology on the industry is evident in the eyes of Givhan as well, who attributes much of the success of today’s leading brands to celebrities like the Kardashians who have large followings on social networking sites like Instagram. 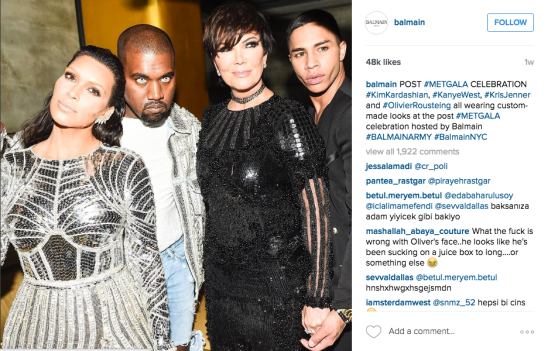 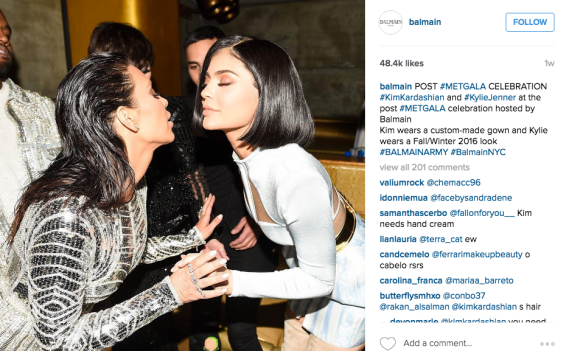 Courtesy of Instagram
“When I look at brands like Balmain, it’s not so much that Olivier Rousteing is designing for the Kardashians, but the fact that they have been able to gain so much leverage because of Instagram has definitely changed the dynamic of the industry and certainly the way collections are presented,” Givhan admitted. “There is now this recognition that everything is going to be on Instagram. So, there has to be this elaborate set, there have to be these moments, there have to be these clothes that look really great in that Instagram photo that millions of people are going to see.”

However, according to Agins the greatest change in fashion journalism as a result of the innovative technologies and new ways of disseminating information is the birth of the blogger, which created a new form of fashion media based on the dedication of loyal fan bases of viewers.

With the ability to post photo diaries, product reviews and fashion commentary onto the web, free from the constraints of traditional journalism, bloggers have become yet another form of access to the once exclusive fashion industry.

In the fourth episode of British Vogue’s second series of “Future of Fashion”, the magazine’s contributing editor, Alexa Chung, explores the impact of the blogging community on the fashion world as she delves into the success story of fashion blogger, Leandra Medine of Man Repeller, who has worked with stores like Bloomingdales to produce online content and increase buyer impressions. 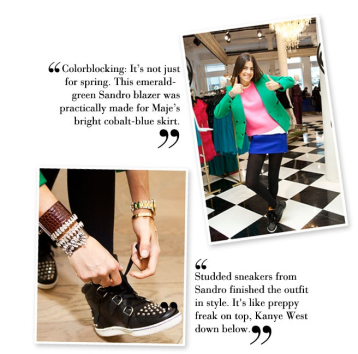 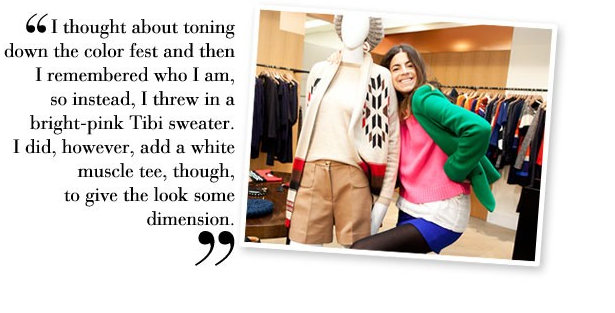 Courtesy of Refinery29
According to a Bloomingdales’ representative, more and more retailers are turning to fashionistas like Medine to talk about their trends or business with their audiences to generate publicity, rather than relying on the actual products to build the brand.

“Working with local influencers like bloggers, who have a strong presence on Instagram, has more of an impact on consumers than traditional magazine advertising does, ” the correspondent revealed. “We use bloggers to pull clothes and put it on their site and from that we are able to see how many clicks, buyer impressions and sales are attributed to that content. We are definitely shifting from product based to personality driven.”

As a result, a new fast-paced, low budget, unfiltered and highly personal journalism becomes the norm as images freely flow from the catwalk to millions of followers instantly, according to Chung.

The question, therefore, becomes whether or not these free and instant photos have the same ability to form our fashion consciousness as the iconic photos published in Vogue have. Only time will tell.